HomeShopEducationBehind the Text: Candid conversations with...

Behind the Text: Candid conversations with Australian creative nonfiction writers

Behind the Text: Candid conversations with Australian creative nonfiction writers

Fascinating  discussion at Readings Hawthorn!
Sue Joseph discussed Behind the Text, a collection of candid interviews with some of Australia’s finest creative nonfiction writers, with Professor Matthew Ricketson.

To order for delivery outside Australia, we recommend you follow this link: Gleebooks

“Behind the Text: Candid conversations with Australian creative nonfiction writers could be the perfect gift for readers of all kinds, and possibly even non-readers too.  It is published by one of Melbourne’s small indie publishers (who recently published the joint winner of the Prime Minister’s Literary Awards History Prize Let My People Go, the untold story of Australia and the Soviet Jews 1959-1989 by Sam Lipski and Suzanne D. Rutland) but despite this prestigious honour I am not surprised that Behind the Text doesn’t seem to have caught the attention of old media reviewers yet because they are not very good at knowing about the gems that can be found among the books published by small indie publishers, IMHO.” –Lisa Hill, ANZLitLovers blog. To read more, click here

Behind the Text is a celebration of the often forgotten genre of creative nonfiction. Paired with Joseph’s rich descriptions of person and place, this collection of candid interviews brings together some of the best Australian authors, covering everything from traumatic wartime journalism and burning national issues to Middle Eastern spices. In this definitive work, eleven influential authors explore their writing process, ethical dilemmas and connection to the capacious genre. As the first collection of its kind, this work brings Australian creative nonfiction into the literary spotlight.

‘Sue Joseph’s fine writing and her magnificent ability to bring the colour, the textures and voice(s) of life into text make her another great Australian creative nonfiction writer.’
– Isabel Soares, President of International Association for Literary Journalism Studies

‘I was totally entranced by Behind the Text. I finished reading the book and simply started again!’
– Graeme Harper, Editor, New Writing: the International Journal for the Practice and Theory of Creative Writing

‘Sue Joseph is one of Australia’s leading thinkers on creative nonfiction. In this collection of interviews with some of the country’s most important and exciting writers, she celebrates their craft even as she probes it with questions that are often blunt, sometimes oblique and offers assessments that are always richly human.’
– Matthew Ricketson, Professor, University of Canberra and President of the Journalism Education and Research Association of Australi

‘Students, academics, and general readers may be delighted to discover writers who can provide a fuller understanding of public life in this genre.’
– Norman Sims, author of True Stories; A Century of Literary Journalism and former president of the International Association for Literary Journalism Studies.

About the author: Sue Joseph has been a journalist for more than thirty-five years, working both in Australia and the UK. She began working as an academic, teaching print journalism at the University of Technology, Sydney, in 1997. She has published three other books: She’s My Wife; He’s Just Sex, The Literary Journalist and Degrees of Detachment: An Ethical Investigation, and Speaking Secrets, which focuses on literary journalism and ethics.

Before working as an academic, Joseph lived and worked in the UK as a correspondent for several Fleet Street newspapers, national radio and television stations. She also worked on many regional publications in London, including in the role of Managing Editor of two London weekly magazines. Whilst in London, she also worked closely with John Pilger to help launch the weekly national Sunday tabloid, News on Sunday. Joseph now teaches across both the undergraduate and postgraduate programs at University of Technology Sydney, in the print journalism and writing subjects. 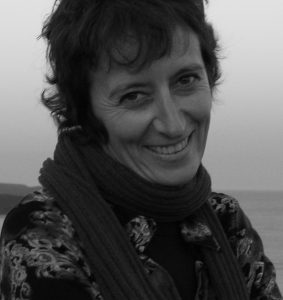